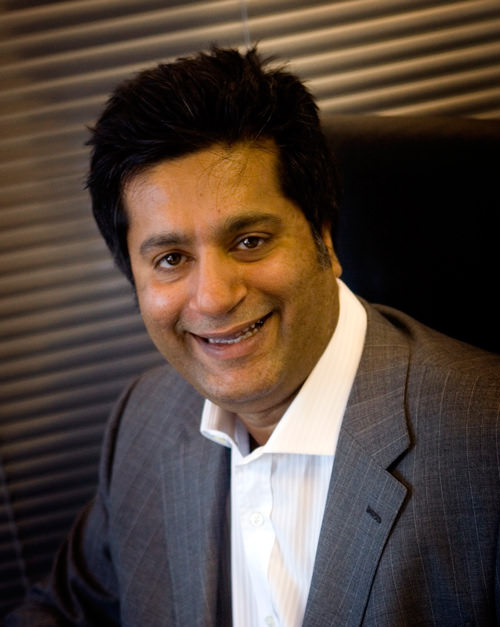 Failing Upwards ― When Crashing and Burning Leaves You Quids In

I suppose we shouldn’t really be that surprised, but in the same breath as Jose Mourhino’s inglorious departure from Manchester United (with a pretty disastrous start to the season that saw them knocked out of the Carabo Cup, languishing in eighth place in the league and out-classed 3-1 away to hated rivals Liverpool) there were stories immediately linking him with a return to the Bernabeu to manage Real Madrid.

One (surely crazy) headline even had Real president Florentino Perez dangling an £18 million-a-year contract in front of ‘The Special One.’ Now that, in anyone’s orbit, would be a spectacular failing upwards.

Putting aside the morass of footballing arguments about who was ultimately to blame; the players, the club’s transfer ambition, injuries, etc.. the manager as head of an organism that was known for delivering trophies, the football on the pitch was considered nowhere near good enough.

So, on the face of it, why would such an abject managerial performance be in any sort of demand?

Well, for one, sport ― like say Hollywood movies, the excesses of the music industry and entrepreneurship – can be seen as niche areas of ‘excess money’ where normal rules don’t seem to apply.

For instance, those keyboard warriors at Forbes Magazine have in recent years compiled a helpful shame list of the most overpaid actors when matching movie paychecks to box office performance. Let’s face it last year’s top five; in ascending order Mark Wahlberg, Christian Bale, Channing Tatum, Denzel Washington and Brad Pitt, could probably get their grocery lists made into an action blockbuster if they really wanted to.

Then, a fair few years ago, Virgin Music signed Mariah Carey to the richest deal in history ― reportedly £53 million for four albums. Her first one, ‘Glitter,’ tanked badly, selling a mere two million copies. Virgin promptly cut its losses by releasing her from the contract with a £35 million payoff. Now that’s a sweet deal for what turned out to be a big turkey.

Meanwhile, in the business world not only can you get ahead without really trying, but you can also fail big time with seemingly little hindrance to your career trajectory. A scenario familiar to former CEO of Uber, Travis Kalanick.

He resigned a couple of years ago, forced out by investor pressure. It followed revelations about a culture of sexual harassment and bullying at the rideshare company and his own infamous rant, publicly captured in the back of an Uber cab. But if you thought that was the last of the billionaire founder of Red Swoosh, a peer-to-peer content delivery network and Scour, a peer-to-peer file sharing application, then you’d be wrong. Kalanick now heads his own job-growth, venture capital fund, the 10100 (pronounced ‘ten-one-hundred’) and serves on a Saudi Arabian advisory board, NEOM, to build a futuristic “megacity” in the desert.

Of course, away from these rarified, glamorous, multi-billion dollar niche concerns, failure isn’t seen as a cause célèbre and is rarely rewarded in such fanciful monetary terms. According to economic researcher and author Marko Terviö, in his 2008 paper “Mediocrities: Market Failures in the Discovery of Talent,” he argues that some industries are particularly susceptible to the career advancement of mediocre talent, especially in fancy management positions, sport and Hollywood.

In other words, in those elite circles, it’s more a game about risk and reward. There are fantastic egos involved and a cult of self-aggrandisement. The Hollywood studio system was built on star power, so it’s probably not a great surprise that they market their movies around a marquee name, even when their recent box office suggests otherwise.

The National Football League’s (NFL) Kirk Cousins could be a poster child for Terviö’s thesis. After leading the Minnesota Vikings to the NFC (National Football Conference) Championship Game last year, thanks largely to a dominating defence and losing to the eventual Superbowl Champion Philadelphia Eagles, the quarterback was signed to the richest NFL deal in history ― a three-year, fully-guaranteed, $84 million contract. Apart from the stratospheric number, which paid $27.5 million this season, it made headlines with its “fully-guaranteed” clause. American football is such a brutal, violent sport that mega contracts, while not unheard of, usually come with a whole raft of injury provisos (you’re only one play away from a big hit that could end your career).

Nevertheless, in a must-win game for Minnesota, the Chicago Bears, who were already through to the playoffs, ended the Vikings’ season with 24-10 away win. Commentators ripped Cousins for a timid performance when everything was on the line.

Of course, the quarterback stud has a couple of more seasons to justify such spectacular remuneration. Mind you, for that kind of wonga I’d personally need him to win a Superbowl, a World Series and NBA finals.

But hey, that’s just me!

I first met Moneeb Awan when he was the Chair of the Young Directors’ Forum and he asked me to speak at a networking event ran by the Institute of Directors. We also worked together many years back on a web development project, so we have built a strong and lasting business relationship. Moneeb has always been extremely professional and the quality of work that he delivers is consistently of high standard.

The UK is desperately short of technology talent and we are currently experiencing a huge skills shortage. I think Dr Awan’s new offshore venture, and the skills he is harnessing from overseas, will be a valuable resource for any UK corporate that demands consistently excellent software programming at great value. It will also go some way to helping tackle the skills gap. I’ve known Moneeb for a number of years, and I know that he always puts 100% into everything he does – I’m sure Rezaid will be a huge success.

I’ve always found Moneeb to be extremely innovative and forward-thinking within the technology sector – he is always exploring new ways to solve timeless problems. I’m confident his new business proposition will be as successful as his previous ventures.