A Guide To Software Testing: A Primer To Three Types of Testing

What is Software Testing?

Creating a new software product is just half the battle: making sure it performs to the high standards customers demand is equally – arguably more – important. To even begin using a product, thorough testing is essential to gauge its performance. After all, what is software if it’s filled with bugs and glitches that render it unstable for use?

That’s where software testing comes in.

Manual testing involves human software testing professionals going through code, interface, and all facets of the software undergoing testing. It’s a means through which programmers check if software is doing what it’s supposed to.

Automated testing involves using a tool or program that can check software functionality for a user, identifying errors in code or usability to ensure users don’t have issues with software.

But these two approaches don’t exactly determine “types” of software testing. Most testing types do have dedicated programming tools that can be used to test them, which means they could come under automated testing, as well as professional developers who specialise in certain types of testing.

That means it’s entirely up to development teams to decide what approach they prefer for their testing needs.

That’s why software testing is split into three categories: 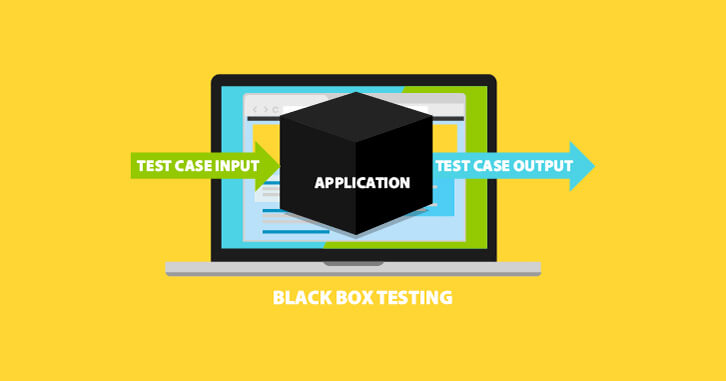 “Black-box testing” is a kind of testing that seeks to evaluate the functionality of software. In this category of testing, testers don’t go through the internal code structure that builds software. In that sense, it’s more to do with software testing basics, more so than other kinds of testing.

We’ve listed some examples of black-box testing to help you understand how it works:

This method tests the functionality of software by mainly focusing on the application. Performing testing is to ensure that the software works to fulfil business as well as customer requirements. These tests can be executed both ways through manual and automated testing.

Steps involved in functional testing are as follows: 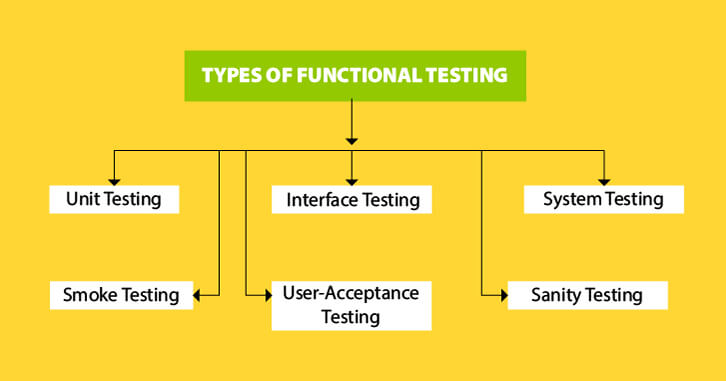 Also known as build-verification testing, smoke testing determines if the software should be subjected to further testing. All functionalities are tested in this case, but not in a great deal of depth. It is a stability system test that is performed on the software-build.

Smoke testing requires a limited number of test cases and is not too time-consuming.

Sanity testing is performed to check rationality of the system. It is performed when any change in functionality takes place or when a bug is fixed. It is unscripted and is a subset of Regression Testing. Also, it ensures smooth operations even after minor change.

System testing tests the complete integrated software to verify if it meets the specified requirements and expectations provided by the client. It’s a type that is more popularly called end-to-end testing.

Also known as beta-testing, user-acceptance testing is done by making the intended audience deploy the software. The focus is on identifying flaws in system functionality from the end-user’s viewpoint. In this case, real-time feedback is obtained directly from the end-user, helping with the elimination of errors at the beta stage.

Also a kind of black-box testing, the non-functional testing method focuses on non-functional requirements of the system e.g. usability and reliability. It deals with matters such as security of the application, performance on different operating systems, or when many users log into the system. 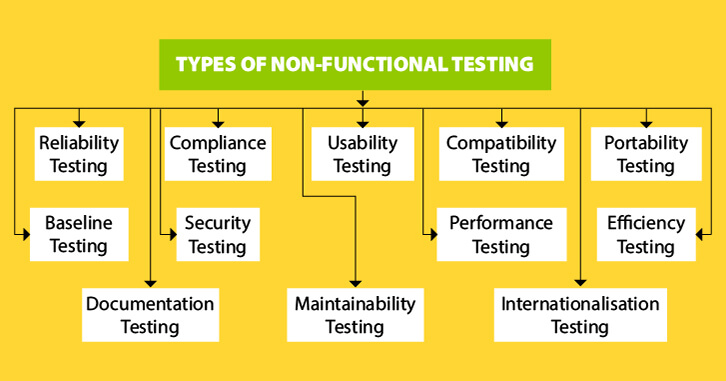 This type tests if the system meets all the customer’s reliability requirements. According to ANSI, reliability is, “The probability of failure-free software operation for a specified period of time in a specified environment.”

Reliability testing guarantees consistency in the performance of the system.

Here the product is tested on real users. Testers then observe users while they use the software to figure out usability issues. It is performed to ensure that the product is easy-to-use. This testing helps identify real-user issues by getting feedback and reviews of the target audience.

This method checks the system’s security mechanisms to look for loopholes or weaknesses. It’s important to search for these, as they can result in the software being vulnerable to data leaks. This method provides security against privacy breaches and ensures the confidentiality and protection of data.

Compatibility testing is performed to see if the software is compatible with different browsers, operating systems, hardware, mobile devices, applications or networks. Hence, it helps avoid future compatibility issues faced by the user.

Tests the ease with which the software can be efficiently moved from one operating system or hardware to another. Aspects that are usually missed during unit and integration testing are taken care of in this testing method.

Also known as benchmark testing, this technique creates a benchmark for further testing. Baseline testing helps in defining baseline values against which the results can be tested. It involves verification of specifications and documentation, based on which test cases can be created.

This testing is performed to verify if requirements specified by the organisation are met. Also, it checks the design compliance, ensuring accurate implementation of specifications.

Documentation testing is all about checking if the instructions documentation on the working of a system matches with the way it actually works.

The documentation carries proof of improvements and changes made in the system. The process of reviewing all such documents, including test case specification, test report, and test procedure, is known as documentation testing. It’s a technique that is used to make things transparent for the client’s understanding.

In recovery testing, the software is subjected to forced failure to observe how quickly it can recover from a system crash. It eliminates detection of glitches once the software is handed over to the end-user and also enables the system to recover efficiently from failures.

It involves testing the requirements of a program, in terms of coding and resources, to perform a specific function. Test efficiency is about the number of tests run in unit time. It makes sure that all the activities related to testing, such as test case creation, execution, and defect tracking, are performed efficiently.

Tests the ease with which the system can be maintained to meet the requirements, e.g. future maintenance, adaptability to the changing environment and avoiding expected failures and faults.

Maintainability testing makes the system efficient enough to go through modifications, and results in reduced costs of future maintenance.

On the other hand, localisation means making an internationalised software adaptable as per requirements of a specific region’s culture and language. Localisation enhances user experience by making regional language support available for the user.

Performance testing can be further categorised into the following types:

Stress testing involves pushing the system beyond its limits in terms of workload to identify bottlenecks and failure aspects. It is also called fatigue testing.

Done to check if the system can handle the increase in data volume, user traffic, among other factors. It makes sure that the system is capable of scaling up without crashing.

In other words, it detects errors that might be caused due to an increase in database volumes.

Also known as soak testing or capacity testing, endurance testing checks the extent to which a system can endure the expected workload for longer periods of times. It focuses on detecting defects like long-term memory leaks.

Load testing observes the performance of software under normal and extreme conditions. It checks whether the system crashes under increased load or sustains it. This test helps in defining maximum workload that a system can handle without adverse effects on its performance. 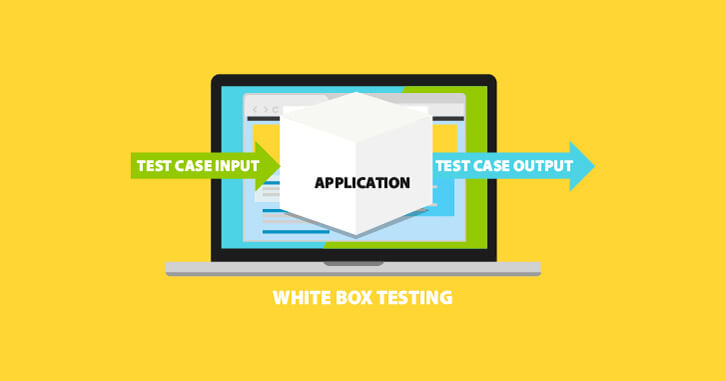 “White-box testing” or “glass-box testing” focuses on the working of the system and the code. Therefore, it is the developers who usually perform this test where they check the internal structures of the program functions for compatibility with the defined requirements and specifications.

In the field of software engineering, it’s this kind of testing that takes priority over black-box testing. Software engineers are generally the only professionals equipped to handle the massive amounts of code that needs to be sifted through to ensure code isn’t compromising the software’s functionality.

Structural testing is a standard variety of white-box testing in which the internal code structure of a program is being tested. Again, this is a testing variety that matters more significantly in the field of software engineering, as it requires the specialist training of software engineers to properly evaluate programs.

It checks the execution of each possible branch from the decision branch, for at least one time. Thus, execution of all reachable code is ensured. Issues generated by statement coverage are usually eliminated in branch coverage.

Path coverage is a comprehensive technique for designing test cases in such a way that it checks and ensures the traversing of all paths of the program at least once. It works more effectively and powerfully than branch coverage. 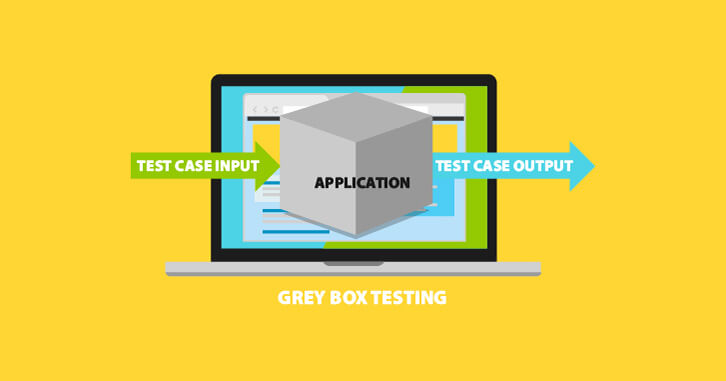 As a kind of testing that involves both testing the functionality of software and its code, it’s called “grey-box” because it combines features of two other approaches to software testing, black-box and white-box testing.

Testers check the software by combining individual software modules to make sure that they work correctly as a group. This testing is essential to verify that all the units work correctly when connected. It also ensures the efficiency of the software.

Regression testing can also be performed in shorter time using automation tools, making it a more cost-effective testing method too. Also, it ensures that previously detected defects are “future-proofed”.

It checks the execution of each possible branch from decision branch, for at least one time.  Thus, execution of all reachable code is ensured. Issues generated by statement coverage are usually eliminated in branch coverage.

Another kind of grey-box testing, pattern testing involves using historical data for previous bugs and errors. These logs for previous defects often contain information useful for testers, as they become more aware of the possible problems particular kinds of coding can cause, and what issues developed in the software as a consequence.

Just like regression testing, pattern testing also has automated tools that can achieve this strain of grey-box testing. That makes it cheaper than actively hiring developers to produce notes and a history of all software bugs encountered in the process of software development.

Software testing seeks to ensure that the software meets the highest quality standards for users’ requirements and expectations. Each testing type aims to enhance software quality by making it secure and user-friendly.

Testing is an inevitable part of the software development lifecycle, ensuring from end-to-end, a software renders itself stable for use by a wider user base. A software testing expert, James Sivak, explains this best:

“Testing has to be an integral part of developing software and not a separate phase. When this approach is taken, product quality is owned by everyone on the team. It is easy to state, but hard to put into practice because of long-standing preconceived notions that developers and testers are better kept apart.”

In short, leaving testing for later stages in a software development project is a disavowal of even the most basic of software testing tutorials.

Having both the developing and testing of your software implemented in tandem is the route to help deliver remarkable, high quality, and easy to manage software.